The Haas driver’s car erupted into flames as it hit the tyre barrier. 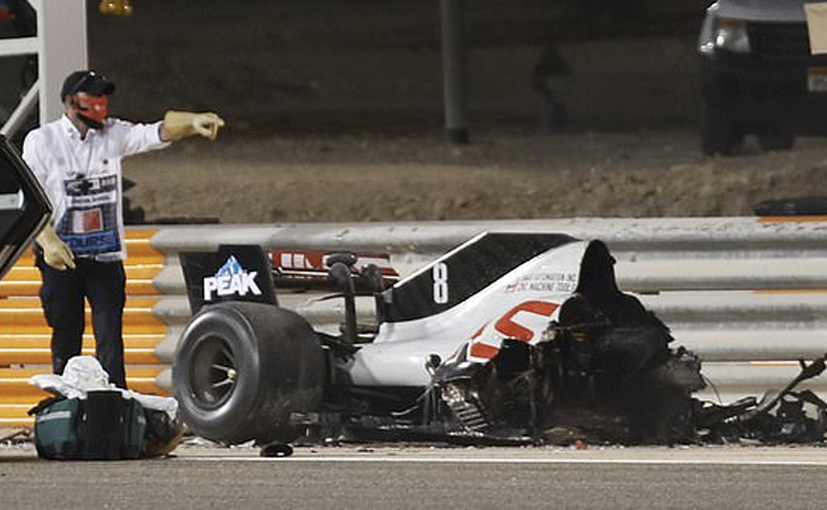 As the cars started on their opening lap of the Bahrain F1 Grand Prix, Haas driver Romain Grosjean got into a horrific accident on turn 3 of the circuit. The Haas driver’s car erupted into flames as it hit the tyre barrier. The medical services were immediately on the scene and the fire too was doused. 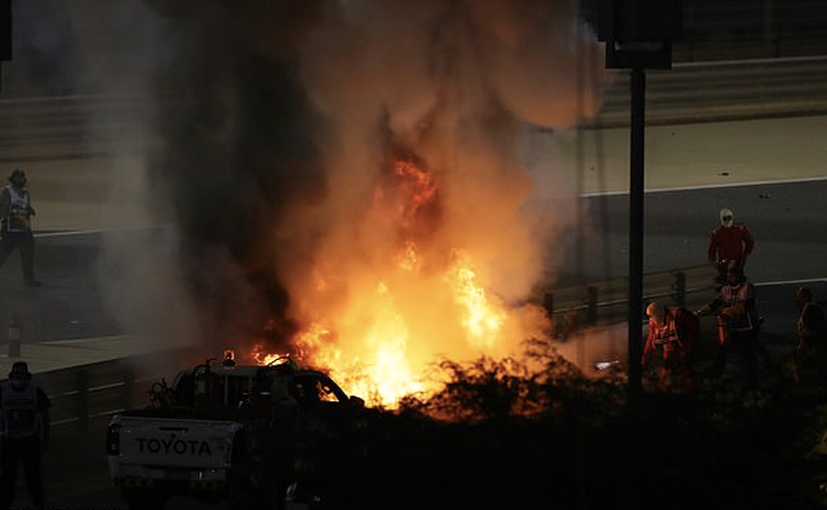 The fire was doused immediately at turn 3 Pic Courtesy: Reuters

Grosjean managed to get out of the car and was speaking to the doctor, which showed that the driver was ok. He was immediately checked by the doctors on the circuit and was then airlifted to the nearest hospital 40 km away. Grosjean suffered minor burns to his hands and ankles and it is also suspected that Grosjean has sustained broken ribs. 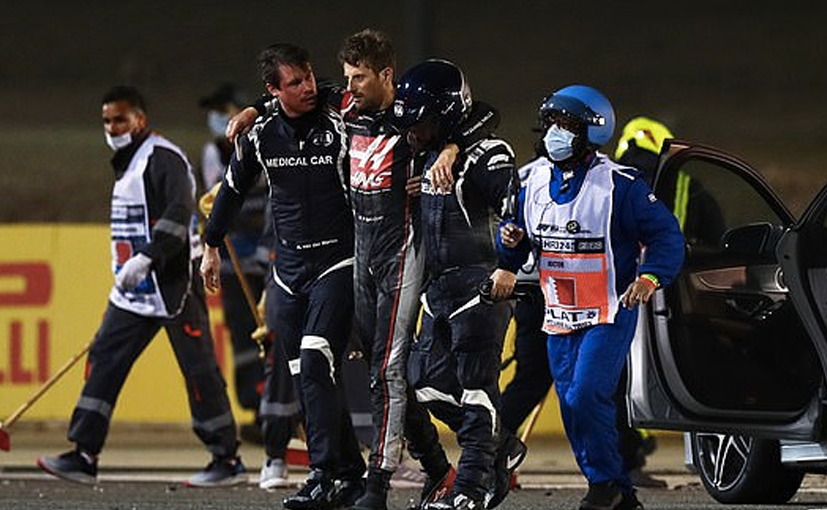 Grosjean walked out of the car before being airlifted to the nearest hospital. Pic Courtesy: Formula1.com

The session for now has been red flagged and repairs of the barrier are on in full swing. The barricade will likely be replaced by concrete blocks so that the race can begin as soon as possible.