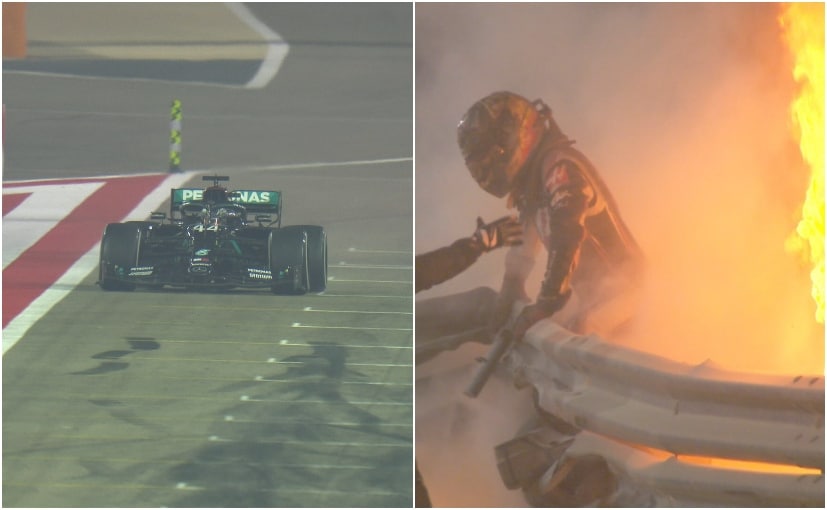 2020 world champion Lewis Hamilton won the Bahrain Grand Prix, beating Red Bull’s Max Verstappen, but it was the horrific crash involving Romain Grosjean that turned out to be the turning point of the evening. The Haas driver escaped an explosion as his car crashed into the barriers on Turn 3 of the opening lap that brought out the red flags. The incident-ridden race also saw both Racing Point drivers retire in separate incidents due to crashes. Apart from Verstappen, Alex Albon also made it to the podium, making it a first double podium for Red Bull since the 2017 Japanese GP.

The race started with Hamilton in the lead, while a slow start for teammate Valtteri Bottas pushed him down to P4 as Verstappen and Sergio Perez passed the driver on Turn 1. At the back, McLaren’s Lando Norris made contact with Esteban Ocon in the Renault and Pierre Gasly in the AlphaTauri which left him with a damaged front wing. The incident slowed him down and as the rest of the pack swerved to avoid Norris. Grosjean was also trying to run wide to avoid Norris when he moved right across the track and made contact with Daniil Kvyat in the AlphaTauri. Grosjean’s Haas was sent into the barriers at the exit of Turn 3 with the impact so forceful that the car was split into two and burst into flames. 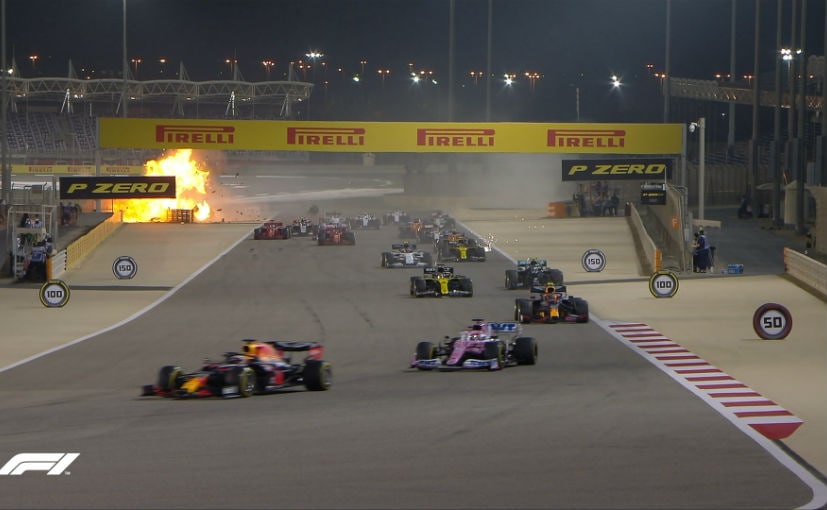 Grosjean was able to escape unscathed with the medical crew assisting him within seconds of the incident. He was then taken to the ambulance in the medical car and was treated to minor burns on his hands at the ambulance. He is also said to have sustained broken ribs. The halo protection device turned out to be the life-saver for the driver.

The incident brought the red flags, 36 seconds after the race began and was suspended for an hour and 20 minutes. The race then restarted on Lap 3 of 57 with a standing start with Hamilton on pole followed by Verstappen and Perez. Hamilton made a getaway followed by the Red Bull and Racing Point cars, while Bottas briefly managed to put pressure on Perez for P3 but the driver had set his sight on P2 competing with Verstappen. 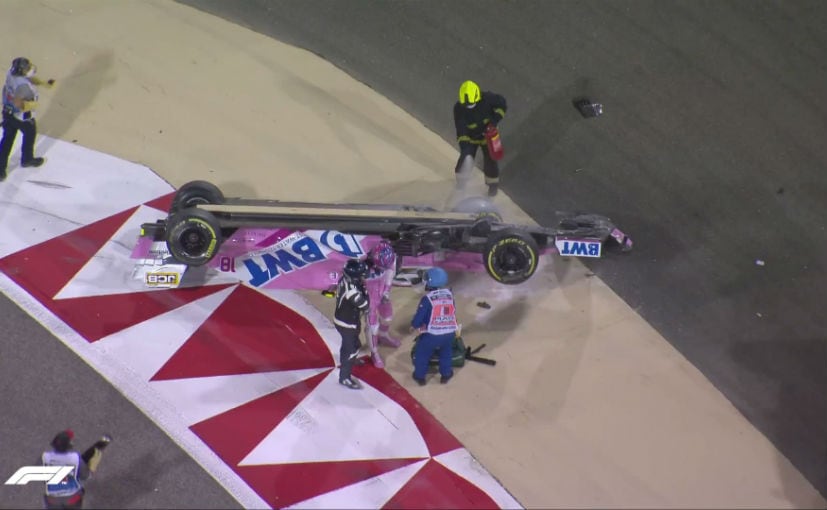 Lance Stroll’s Racing Point car flipped after making contact with Daniil Kvyat, which halted the race for the second time

However, the race was suspended for the second time just a few turns later as Kvyat and Lance Stroll of Racing Point made contact, flipping the latter’s car on Turn 7. This also forced Sebastian Vettel in the Ferrari to slam on his brakes to avoid a collision but saw Kevin Magnussen in the Haas breaking his front wing after making contact with the Ferrari. The race was suspended again as the safety car was called out to clear Stroll’s car. Mercedes used this time to fix a puncture for Bottas which saw him re-join in 16th place.

The race started for the third time on Lap 9 with Hamilton in the lead once again closely followed by Verstappen. The two drivers were clear of the third-placed Perez with a much better pace. By Lap 14, Hamilton was 2s clear of Verstappen, which increased to 4.6s when he pitted on Lap 19 to opt for hard tyres. Verstappen and Perez pitted one lap later opting for the same rubber.

The top order remained unchanged but Red Bull made an attempt to put pressure on Hamilton by pitting Verstappen for the second time on Lap 34 for hard tyres. However, the strategy back fired due to a delayed stop and allowed the Mercedes driver to build a lead of 30s. While Verstappen managed to bring the down the gap in the closing stages, the damage was enough to hardly make a difference to the race leader. Hamilton cruised to victory, 1.254s clear off Verstappen, taking his 95th win in F1.

Meanwhile, it was a disaster for Sergio Perez, who seemed certain of a podium finish but saw a power unit failure with just three laps to go and dropped out of P3. This promoted Alex Albon in the Red Bull to take the podium alongside teammate Verstappen. With both cars out of contention, Racing Point has also lost all hopes of taking third in the constructors’ championship. 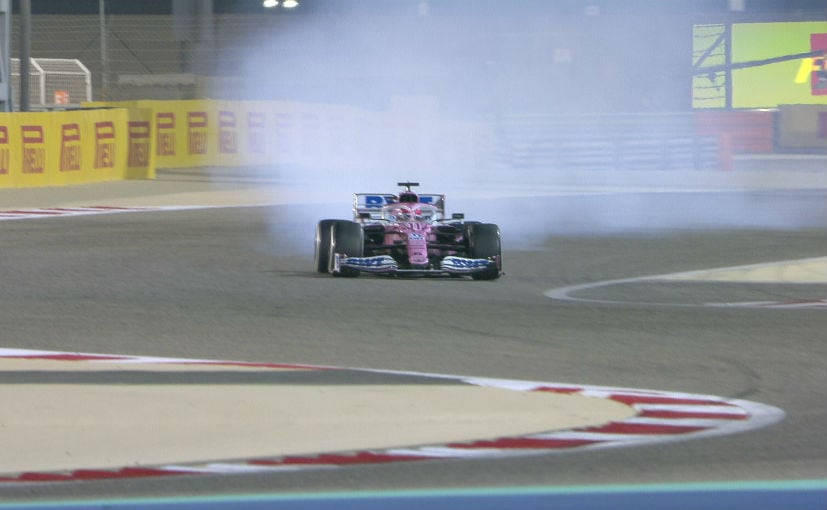 It was a good day for McLaren as it secured P4 and P5 with Norris and Carlos Sainz Jr behind the wheel, which places the team third in the constructors’ standings with two races left in the season. Gasly took P6 ahead of Renault’s Daniel Ricciardo, while Bottas recovered to take P8 in a forgetful race. Ocon and Ferrari’s Charles Leclerc rounded up the top ten in Bahrain.

Finishing outside of points was Kvyat at P11, followed George Russell in the Williams and Vettel. Williams driver Nicholas Latifi secured P14 followed by the Alfa Romeo cars of Kimi Raikkonen and Antonio Giovinazzi. Kevin Magnussen’s Haas was the final car to cross the chequered flag.

Yami Gautam Revealed Her Recent Favourite Meal And We Are Drooling!